Struggling to make tuition, a young coed buys an antique salon chair to make extra cash styling hair out of her dorm. When friends start turning up dead, she realizes a sinister force within the relic is taking control and she must unlock its past in order to destroy it before it kills her and everyone she loves. All financial projections were professionally prepared by Slated.com Analysis team.

According to Slated.com Analysis, THE CHAIR earned a Script Score of 62 and a Financial Score of 87 with a current Package Score of 47.5 pending producer and cast attachment.  The simulated financial projections of $4.08M worldwide box office and $5.54M in ancillaries are based on an estimated Team Score of 48, an assumption of a 699-theater release, and a proposed budget of $1.5M. 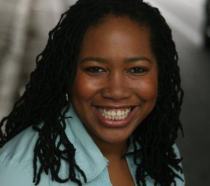 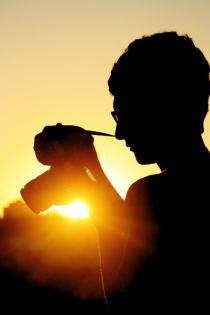 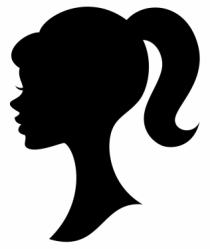 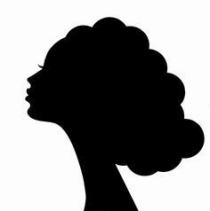 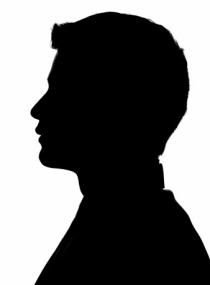 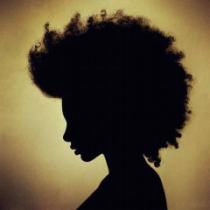 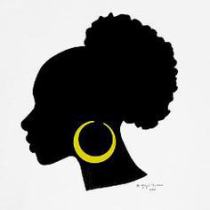 A dark night on campus at The University of Maryland. A girl is running for her life. KELLY. Her long red hair and clothes are covered in dirt and blood. A dark mysterious figure is stalking behind her. She manages to get to her dorm room, but her cell phone won’t work. She tries to stay quiet, but the stalker bursts through the door and stabs her violently. Kelly screams. Her fate is unknown as we jump to 3 months earlier.

Erika’s sophomore year at the University of Maryland is the usual struggle of waiting tables and trying not to flunk her classes. The routine is bearable until she gets notice from the school that her tuition has increased, but the financial aid she relies on can’t cover the new costs. In an attempt to lift her spirits, her friend Sheila brings her to a bachelorette party where she reluctantly allows a palm reader to “bless” her against her Catholic faith and her better judgement.

Feeling inspired, and supported by her roommate Kelly, Erika decides to use her skills styling hair to earn the extra tuition money. A search on craigslist leads her to Bill Gaymon who seems all too eager to sell his antique salon chair for cheap.

Erika goes to Bill Gaymon’s house to buy the chair and finds it very odd that the chair is outside alone on the patio, far from everything around it. He barely glances at the $35 she pays him because he’s so focused on fitting the chair into her small car. Lifting it is a nightmare, and maneuvering it takes all the sweat she and Bill can muster. They finally manage, and he sends her off with her cheap steal and a set of strange golden hair tools that come with it.

She gets the chair back to her dorm dragging and struggling the whole way. That night as Erika sleeps, the chair moves on it’s own as if it’s checking her out.

Erika gets her first hair client, Taneisha, who needs a quick style for the big campus mixer. Taneisha is so thrilled with her new look she spreads the word like wild fire and Erika’s clients begin pouring in.

However, Kelly begins to notice changes in Erika ever since she got the chair. Erika seems sick unless she’s near it. Her appearance is getting worse. Her usually kind attitude is becoming more short tempered.

Kelly passes it off as just school stress until an unexpected moment alone with the chair has her pinned to the ground underneath it. She escapes just before it crushes her to death, and leaves her with a nasty gash. If that wasn’t alarming enough, Kelly sees it move on it’s own, and runs out of the room horrified.

When Kelly confronts Erika about the chair, Erika passes it off as a faulty old antique. Kelly almost begins to believe the faulty chair excuse over her own eyes, until a simple girl talk mention of Brigid, Erika’s rival for her boyfriend Gennard’s affections, causes Erika to accidentally cut herself while trimming hair. In an instant, the chair seems to absorb the blood like it was never there. Kelly, the only one to notice, is unnerved for good.

Erika receives a frantic visit from Taneisha. Her hair is greying and falling out just weeks after Erika started styling it. Erika plans to meet with Taneisha later that night to try to fix her hair disaster, but Taneisha never makes it back to Erika’s dorm.

On her way to Erika’s someone begins to follow Taneisha. Realizing this person is following too closely and that she is all alone on the path from south to north campus. Taneisha runs for her life. She’s fast but the stalker is right on her. She screams, but no one is around. She’s attacked and stabbed by a silver looking object. She tries to call out to a professor locking up to go home, but the killer strangles her muffling the sounds. Taneisha is gone.

Erika doesn't have time to wonder why Taneisha never showed up last night. A strict kinesiology professor is doing her best to flunk her, and the sorority of ex-friend Brigid is constantly harassing her. But, her hair business is booming.

Desperate for answers, Kelly digs into the past. A distinct flower pattern on the chair leads her to articles about an old salon fire from the 60’s. Kelly is usually a skeptic, but after her frightening experience with the chair, and then finding articles describing strange occurrences, and deaths surrounding this antique, she fears for Erika’s life.

Before Kelly can tell Erika what she discovered, the campus is shocked when Taneisha’s body is found mutilated.

As news spreads through social media about the death on campus, Kelly notices the graffiti on the wall drawn in blood is the same flower that is carved all over Erika’s chair. She tells Gennard. He has also witnessed a frightening change in Erika, so he seeks the counsel of a priest.

But when another hair client is brutally attacked, Kelly seeks out the last known owner of the chair from the time of the salon fire.

While Kelly follows her leads to Baltimore, a campus janitor is arrested as a suspect for the attacks on campus. She knows they have the wrong suspect when she finds out that the salon chair thought to have been destroyed in the fire is in fact a prison barber’s chair, reconstructed with parts from a cursed electric chair.

Kelly rushes back to campus believing that the chair and all it’s tools must be burned. But while she was gone, a dark shadowy figure has attacked Brigid’s sorority and the girls are all fighting to save each other from the massacre.

Kelly enlists the help of Gennard and Jason the RA to get the chair and tools out of the girls’ dorm while most of campus is distracted with reveling and tailgating due to the football and basketball teams winning championship games. Campus is in chaos as the police try to shut everything down amidst the tragic discoveries at the sorority house.

As Kelly and the guys try to destroy the chair, the shadow attacks them. They are forced to split. The guys drive the chair to frat row to haul it into a bonfire, while Kelly runs across campus in hopes of doubling back to get the old tools from the room, which were left behind in the attack.

Kelly runs. Dirty, tired, scared, and covered in her own blood, Kelly reaches the dorm still stalked by the shadow.

The guys manage to get the chair into the flames and Gennard drives back to the dorm to find Kelly.

Kelly makes it to her room and tries to gather up the tools as quietly as she can. Just about to leave, bag in hand, Possessed Erika bursts through the door and stabs Kelly in the stomach.

The girls struggle, and fight. The tools scatter as both girls end up crashing out through the second story window.

Kelly finds herself on the ground covered in glass, legs paralyzed. Erika rises from the ground like a possessed puppet on strings, and comes after Kelly who can’t get away because her legs won’t move.

Gennard arrives just in time to knock Erika out from behind and help Kelly up. The police and paramedics arrive to find a hysterical kelly and scared Gennard holding onto each other in shock.

Erika is charged with the campus crimes as the University mourns. Wild, unstable, and bound to a gurney, Erika awaits her trial in a mental hospital. Kelly undergoes physical therapy for her paralyzed legs. Kelly, Gennard and Jason burn the remaining salon tools, or so they think.

After 6 months, Erika looks healthier, and a mysterious package arrives for her at the mental hospital. Touching the golden comb again with a familiar white glint in her eye, she offers to style the hair of an unsuspecting staff nurse.